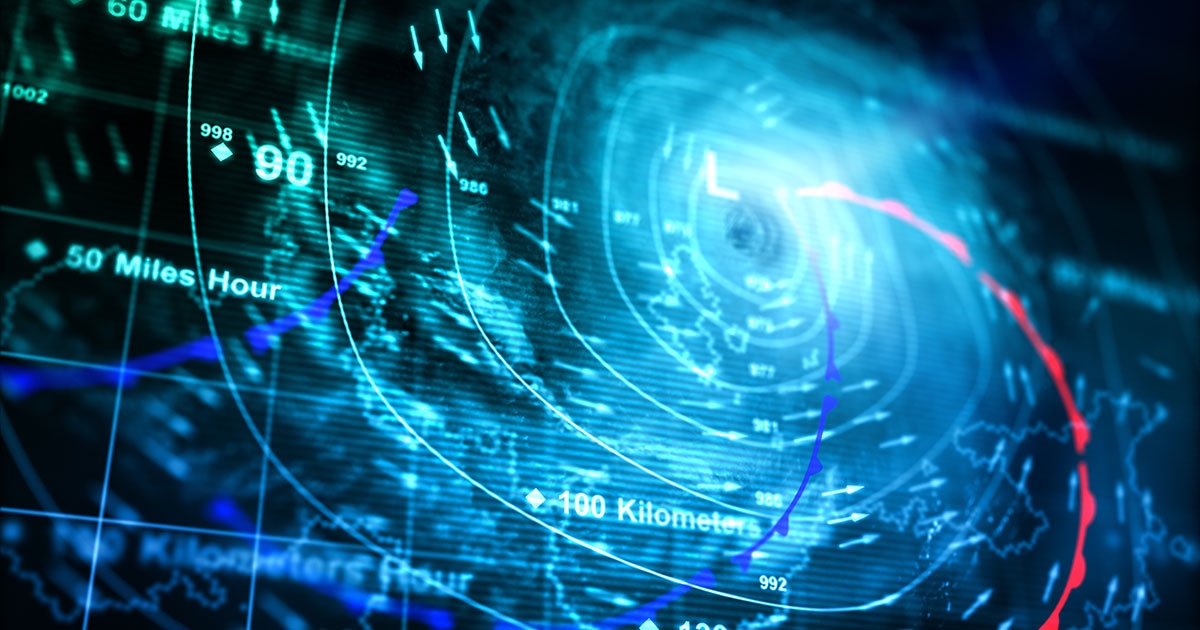 As if 2020 weren’t turbulent enough already, recent reports released by the National Oceanic and Atmospheric Administration (NOAA) and Colorado State University suggest that communities along the U.S. eastern seaboard should brace themselves for more troubling news: both have upgraded their initial forecasts for the Atlantic hurricane season.

NOAA now predicts an “extremely active” season (June through November), with more storms of greater intensity and duration. Experts suggest that the 2020’s roll call will include between 19 and 25 named storms (sustained winds > 63mph), with at least 11 likely to reach hurricane status (>75mph), 3 to 6 of which will develop into major hurricanes (>111mph, Category 3 – 5). Researchers at Colorado State University concur, with a forecast of 24 named storms and 12 hurricanes, 5 with major credentials. They have also upped the odds of at least one major hurricane making landfall in mainland United States this year to a daunting probability of 74% (average season likelihood is 52%). Make no mistake about it, 2020’s hurricane season has all the hallmarks of a record year; in fact, the pre-August average for named storms in the Atlantic basin is 2. 2020’s tally for the same period? 9, 2 of which were hurricanes.

Why the revised outlook? Well, there are two climatic culprits: First, warmer-than-normal sea surface temperatures in the tropical Atlantic; and second, there are signs that “La Niña”—the yin to “El Nino’s” yang—may encourage cooler waters and hurricane related wind patterns, over the Pacific. This would deter some of the natural wind shear that helps disrupt cyclone formation in the Atlantic.

Hurricane forecasts and modelling, over the years, has become increasingly accurate thanks to the swathes of data collected by sophisticated scientific instrumentation. We also have greater access to high-resolution satellite imagery, which allows meteorologists to decipher storm development in real-time. This information is critical to ensuring the safety of coastal communities who, year on year, prepare for the worst, and hope for the best.

What is less formula to predict, however, is how damaging hurricane season will be to physical shorelines and their native ecosystems. This, for the main part, is the work of hydrographers, and there is no question that the revised forecasts for the Atlantic hurricane season could have profound consequences for tropical coastlines.

vThis is an important part of what we do at M&E. We work with public and private sectors to help monitor and mitigate the risks of extreme weather events. While the immediate interest in understanding extreme weather patterns is to protect lives, the footprint of a storm, once it passes, is cumulative. And so, we monitor the shifts in hydrographic and topographic variables up and down the Floridian coast all year round. We do this through wading profiles with hardbottom mapping, onshore/offshore beach profiling pre- and post-event, multibeam surveys of artificial reef structures, and the inspection of dune conditions.

We have been doing this for over 35 years now and have acquired a unique perspective on the physical impacts of extreme weather systems and there is no question that 2020 will bring further disruption and a need for restorative action (e.g. beach nourishment, artificial reef studies, etc.).

In 2019, we performed multiple topographic and hydrographic surveys as part of the Brevard County Shore Protection Project to detail the ongoing post-storm impacts on coastal ecosystems in Florida, primarily through wading profiles with hardbottom mapping, onshore/offshore beach profiling pre- and post-event, multibeam surveys of artificial reef structures, and the inspection of dune conditions. The need for ongoing coastal monitoring is increasingly evident as storm seasons intensify year on year and projects like this help us develop our own historical data for modeling the impacts of extreme weather.

Another impact on Brevard Country’s shoreline, unquestionably, was Hurricane Dorian in late August, early September. It was The Bahamas, though, that was worst hit by this Category 5 event, where sustained winds topped 185mph. Following the devastation, M&E was contacted by Global Medic and the Grand Bahamas Port Authority to run a series of hydrographic surveys of the local waterways to aid the search and rescue effort and identify hazardous underwater debris. The destruction, below the waterline, was catastrophic. Just another unseen impact of major storm activity.

Projects like the Brevard County Shore Protection Project and the ongoing efforts of Global Medic are essential to advancing the way we weather tomorrow’s storm. M&E does not make long-rage forecasts for hurricane season, other than this year it looks like we’re going to be busy.