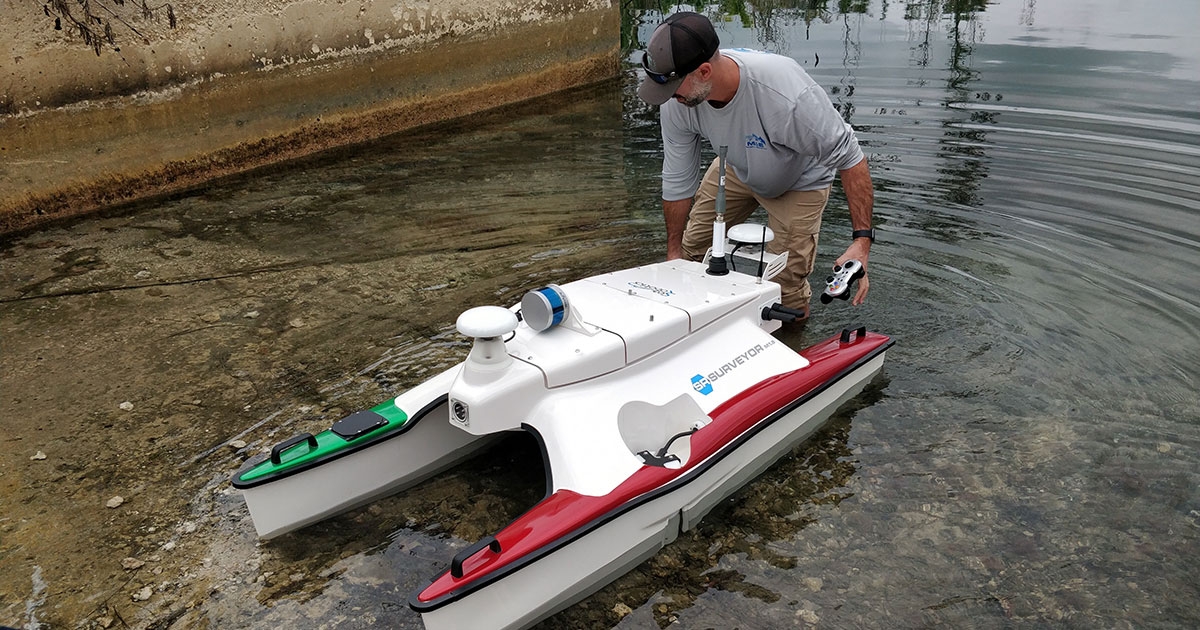 In late April 2020, the National Hurricane Center released its conclusive report about Hurricane Dorian, a Category 5 hurricane that battered the islands in September 2019 with 185mph sustained winds and a 25m storm surge.

The principal findings make for grim reading: more than 200 bodies recovered (many still remain unaccounted for); over 75% of homes on the island of Abaco damaged; approximately 29,000 people were left homeless and/or jobless; and overall structural damage amounted to $4.68 billion.

Destruction on this scale is hard to fathom, never mind quantify. But that was the task presented to Morgan & Eklund in late 2019 when contacted by Global Medic and the Grand Bahamas Port Authority to run a hydrographic study of the waterways to aid the search and rescue effort and identify hazardous underwater debris.

While the hallmarks of a category 5 event are well documented—wrecked buildings, uprooted trees, and downed power lines—to accurately measure the impact of storm activity we need to see beyond what meets the eye: the true extent of the damage is more often than not below the surface, be it in the form of compromised coastal infrastructure or displaced—and often very dangerous—debris.

Surveys of this nature not only require seasoned professionals, but the deployment of cutting-edge technology. Based on our extensive experience in surveying hurricane-torn environments—including the coastal regions of Puerto Rico following the catastrophic impacts of two Category 5 events within a fortnight (September 2017)—we opted to use a SeaRobotics Autonomous Surface Vehicle (ASV) to capture quality data from the hard-to-navigate waters in the Bahamas. The SR-Surveyor M1.8, from SeaRobotics’ Surveyor Class of ASVs, offers the ideal balance of optimized sensor suite (EdgeTech 2205, Velodyne VLP-16, SonTek M9, and AML MicroSV) and maneuverability. At only 1.8 meters, the highly-integrated system is able to capture a diverse range of data sets, simultaneously: two frequencies of side scan, motion tolerant side scan, wide swath bathymetry, backscatter, LiDAR point cloud data, and discharge data, supported by a dual antenna RTK INS, and surface velocity sensor. The multibeam echosounder and LiDAR sensor, which together render a 360-degree view of all data points, makes the SR-Surveyor M1.8 the ideal solution for inspecting damaged coastal infrastructure and underwater debris fields.

The data allowed us to provide the Port Authority with 3D imagery detailing the distribution and depth of ‘unseen’ debris, essential to the safe passage of ongoing search and recovery efforts.