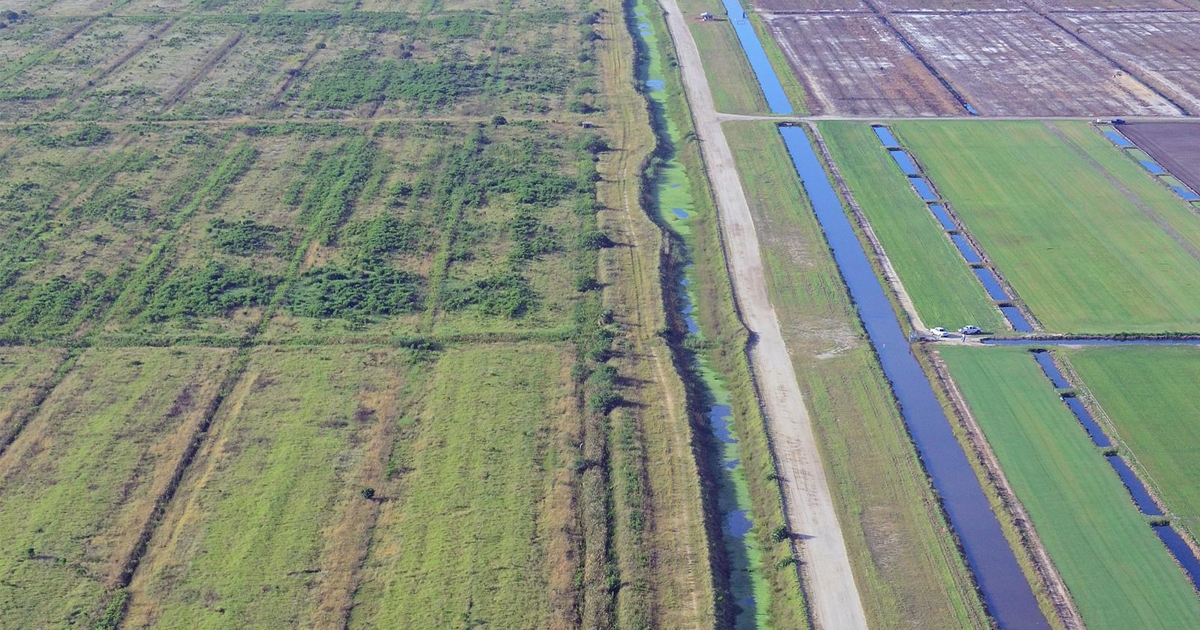 For the past five years, Morgan & Eklund, Inc. (M&E) has been surveying for the US Army Corps of Engineers (USACE) on the C-44 Canal Reservoir and Stormwater Treatment system in conjunction with the Everglades Restoration Project in Indiantown, Florida. This project is a key component in the effort to restore our national treasure known as the Everglades. Waterways and lakes in Florida are increasingly becoming polluted with fertilizer and nutrient runoff from farming areas adversely affecting the quality of the water ultimately filtering down to the Everglades and Florida Keys.

Contracted by GRW, Inc., out of Lexington, KY, and working with the USACE, M&E was tasked with the as-built survey work associated with the construction of the C-44 reservoir and the associated canal system and Stormwater Treatment Area (STA).

“The goal of the restoration project is to reduce the nutrient levels flowing into the St. Lucie Canal and mitigate the effects of the fertilizer and chemical runoff from the industrial farming areas,” said John R. Morgan II, President of M&E.  The runoff includes elevated levels of nitrogen and phosphorus, which are key elements driving algal bloom formation in Lake Okeechobee and subsequently, the Indian River Lagoon.

Scientists with the USACE and the South Florida Water Management District (SFWMD) have been testing ways to reduce the nutrient load in the water flowing to the Everglades and eventually to the Florida Keys. They have determined that one of the best methods to reduce the high levels of nitrogen and phosphorus in the water is to create treatment areas (STA) to process the nutrients. They designed a system to filter out the nutrient loads using cells with emergent and submerged aquatic vegetation in the stormwater treatment areas, where the nutrients will be removed by the plants and stored in the peat soil on the bottom. The treated water will be drained from the STA and into the outfall canal. This healthier, cleaner water is then directed back into the St Lucie Canal system and ultimately flows back into the Indian River Lagoon.

M&E has been intricately involved in the as-built surveys for the network of canals, levees, stormwater treatment areas, and pumping stations that are part of the much larger, overall restoration project. “M&E is happy to have played a role in a really important, large-scale Everglades Restoration Project,” John said.