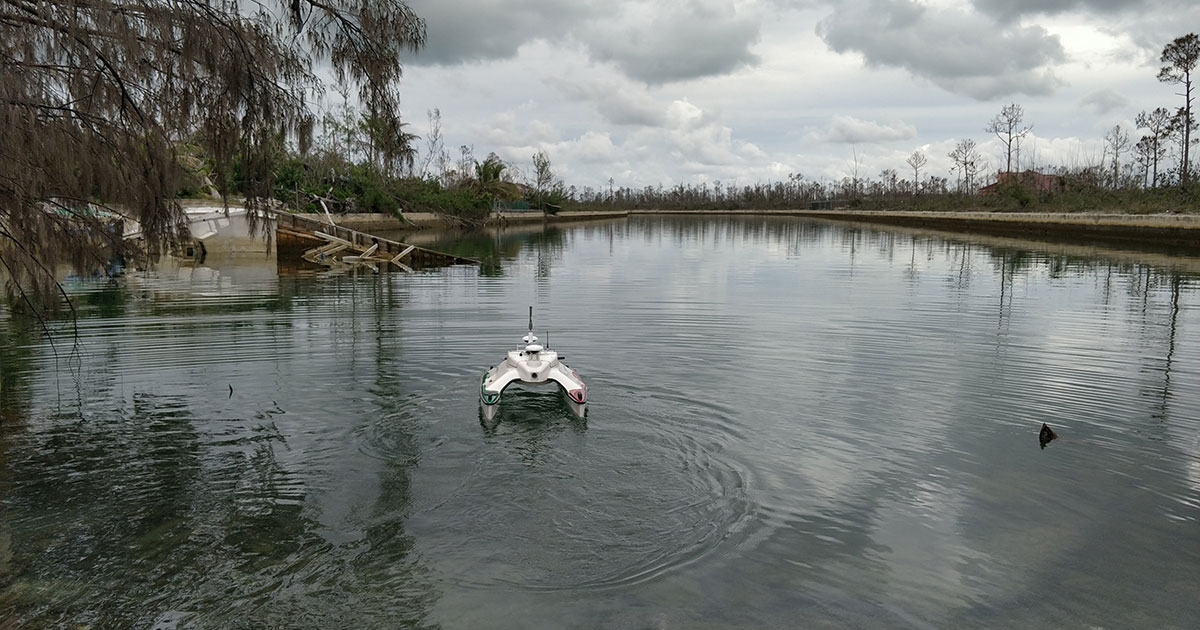 Morgan & Eklund, Inc (M&E), a Florida-based hydrographic survey firm specializing in coastal and nearshore areas, today released details of an exclusive assignment carried out last year as part of the search and recovery efforts in the hurricane-torn Bahamas following the widespread destruction caused by Hurricane Dorian, in September 2019.

The survey team was contacted in late 2019 by the Grand Bahama Port Authority (GBPA) and tasked with providing detailed imaging of a twenty mile stretch of the ravaged waterways used to navigate the island. While the full recovery efforts will take years, one of the more immediate steps was to successfully clear critical access points and identify hazardous debris.

The release of the survey’s findings comes shortly after the National Hurricane Center published its conclusive report about Hurricane Dorian, a Category 5 system that battered the islands with 185mph sustained winds and a 25m storm surge. The report is a sobering reminder of the devastation: more than 200 bodies recovered (many remain unaccounted for); over 75% of homes on the island of Abaco damaged; approximately 29,000 people were left homeless and/or jobless; and damage amounted to $4.68 billion.

“Surface destruction following a Category 5 event is self-evident, but the full extent of the damage is often below the watermark, be it in the form of compromised coastal infrastructure or dangerous debris,” according to M&E Director Rob Collaro. “Our experienced team used cutting-edge technology—a SeaRobotics SR-Surveyor M1.8 ASV—to render detailed 3D imagery of the affected waterways.”

Commenting on the project, Grand Bahama Port Authority director Nikira Wilchcombe said: “The work carried out by Morgan & Eklund proved essential to our search and recovery team, helping us to identify the distribution and depth of ‘unseen’ debris and ultimately prioritize areas for clearing.”

M&E has been collecting storm-related hydrographic data for over 35 years and the team’s work in the Bahamas comes on the back of extensive survey work in the coastal regions of Puerto Rico following the catastrophic impacts of two Category 5 events within a fortnight (September 2017). Closer to home, in 2019, M&E was contracted by Olsen Associates to perform multiple topographic and hydrographic surveys as part of the Brevard County Shore Protection Project, an initiative to detail the ongoing post-storm impacts on Florida’s coastal ecosystems.

“Several recently-released reports agree that the 2020 hurricane season will be very active, with above-average probability for major hurricanes making landfall along the continental United States coastline and in the Caribbean—suffice to say, our work for pre-storm surveys is in full swing,” concluded Collaro.