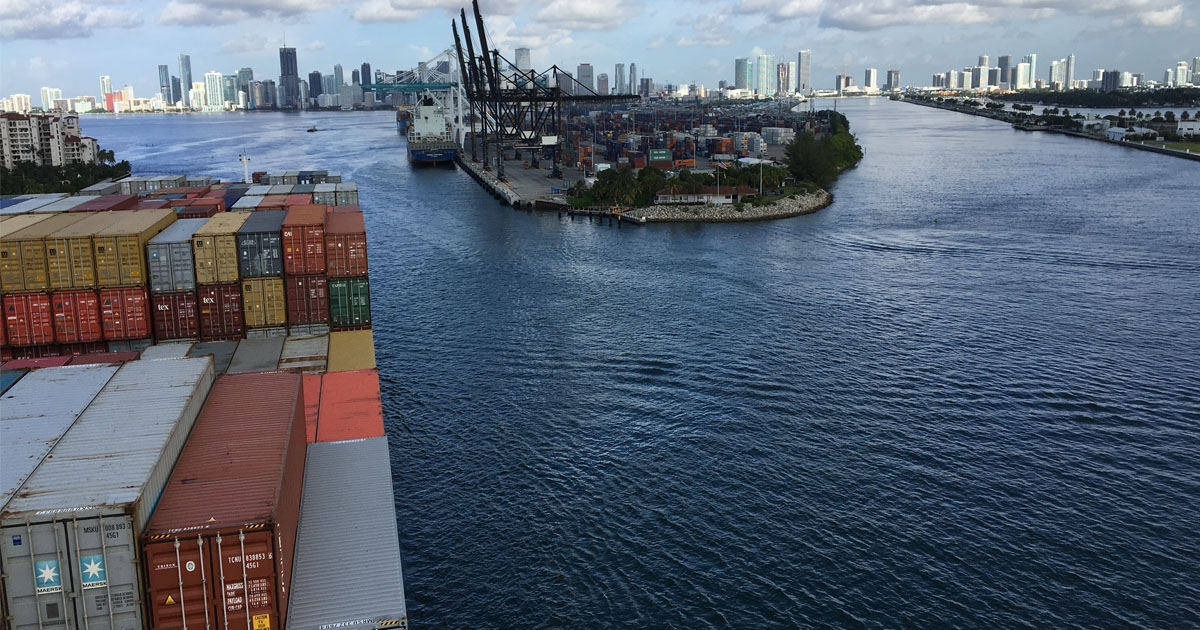 Morgan & Eklund, Inc. (M&E) performs many logistically complex, specialized surveys, which at times can be quite challenging. For example, PortMiami, is one of the ten busiest container ports in the United States. With increasingly larger vessels appearing in the shipping industry, the port has been assessing the existing channel depths since larger entrances and deeper ports are required to accommodate them.

“Ever since the Panama Canal was deepened to allow the passage of larger vessels, vessels have been getting….well, larger. These larger container ships are known as Post Panamax Mega ships and the sheer size is hard to comprehend when you see one,” said Mark Schroeder, CSA Sr. Project Manager.

One of the factors affecting large ships is a phenomenon known as “squat,” where a vessel moving through a confined channel has a decrease in under-keel clearance due to the water being restricted from flowing back under and around the ship’s keel (Bernoulli’s Law).

M&E. was hired by PortMiami (in conjunction with Baird Engineering, Inc.) for a project to gather data on ships entering the port. The data PortMiami needed was very specific and involved measuring the horizontal position and elevation of the bow, the port bridge wing, and the starboard bridge while underway. M&E performed these specialized surveys, known as “Ship Settlement Squat Studies Analysis” beginning at a location 4 miles out in the Atlantic Ocean in to and through the Port channel.  Gathering “settlement squat” data can be a challenge due to the environment — a real-time fluid study, monitoring different vessels during constantly changing conditions.

To gather this data, M&E set up three RTK/GPS receivers onboard cargo ships entering the PortMiami and measured the horizontal position and elevation of the bow, the port bridge wing, and the starboard bridge wing simultaneously while underway to determine the reduction in under-keel clearance for a broad range of ship sizes, speeds, currents and loads.

The data that M&E provided was critical for establishing safe under-keel clearances for the larger ships entering PortMiami. As the Port explores the possibility of additional dredging at the entrance channel, the data M&E provided will help them design a safer entrance for larger ships into the port.