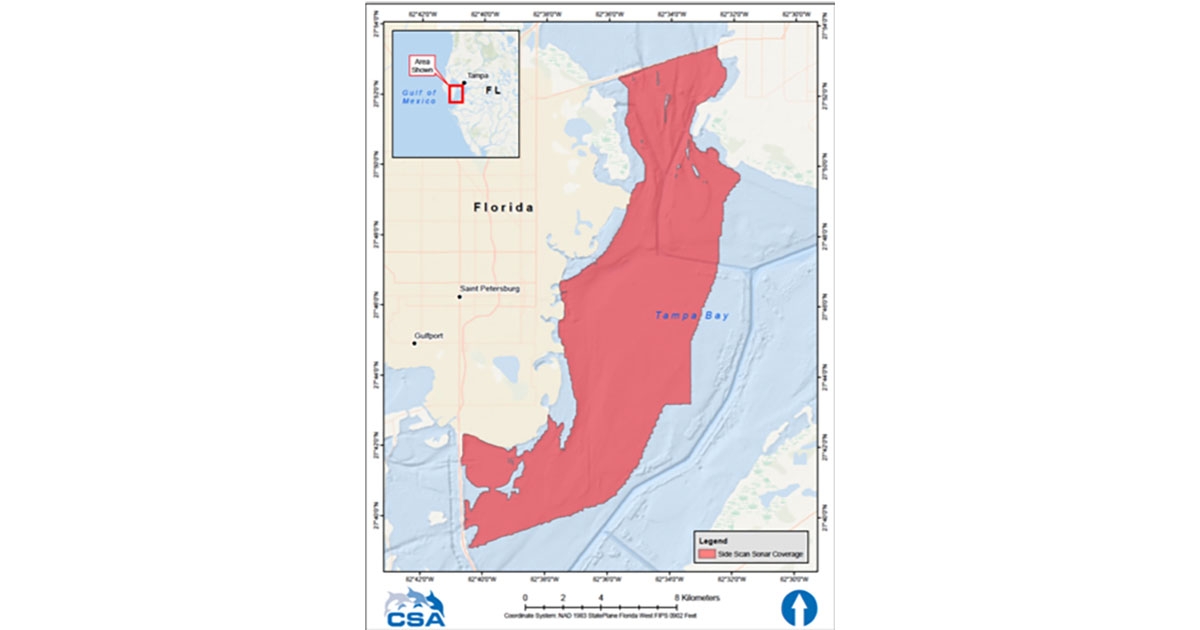 Morgan & Eklund, a Florida-based land and hydrographic survey company, has been conducting boundary, topographic, GPS and hydrographic surveys in south Florida for over thirty-five years. Projects can range from monitoring surveys to beach renourishment and the range of ecosystems M&E works in is matched by the diverse range of services they offer.

Recently, Morgan & Eklund’s sister company, CSA Ocean Sciences Inc. (CSA) was contracted by the Tampa Bay Estuary Program (TBEP) and its project partners to conduct a study to delineate hardbottom habitat within an area of interest in Tampa Bay, Florida. The area has long been recognized as a known data gap and there was a need to identify where the exposed substrate and hard/soft corals, or rock outcroppings exist. These data are valuable because the area is an essential habitat for different species of fish and invertebrates.

The area of interest was approximately 144 km2 and ranged in depths from 1 to 10 m. The overall goal of this effort was to create a thematic map depicting hardbottom resources identified within the survey area.

CSA’s Environmental Data and Geospatial Services (EDGS) analysts will integrate the ground-truthing observations and bottom type delineations to create a comprehensive thematic map. Additionally, CSA will provide all of the geo-referenced drift video segments and the side-scan imagery tiles in a GeoTIFF format with the associated projection files and these will be available to the public as well as public agencies and county environmental groups.