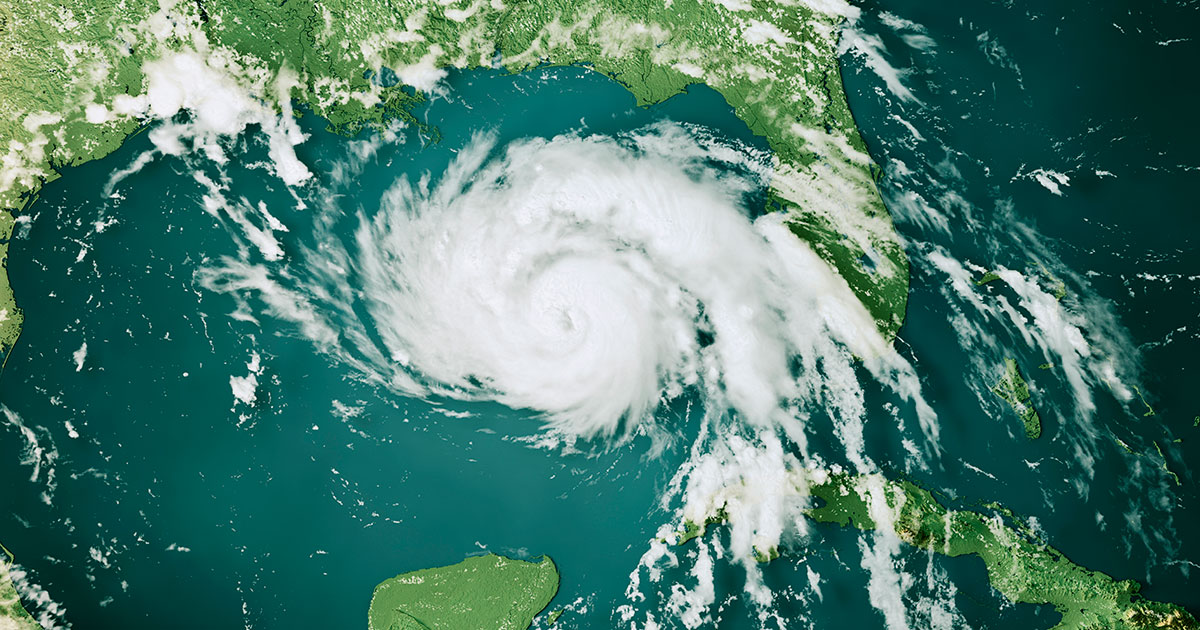 Uncrewed Technology Goes Down a Storm with Hydrographers

As is customary in early June, public officials are now busy issuing communities up and down the eastern seaboard and in and around the Gulf of Mexico with guidance on how to prepare for severe weather events—June 1 marks the official start to the 2022 Atlantic Hurricane Season.

NOAA’s Climate Prediction Center, a division of the National Weather Service, is once again predicting “above-average” hurricane activity this year, with a forecast of 14 to 21 named storms (winds of >39 mph), of which 6 to 10 could become hurricanes (74 – 110 mph), 3 to 6 major hurricanes (>111 mph winds). The trend for greater frequency and intensity of storms is undeniable—this would be the seventh consecutive “above-average” hurricane season.

It appears that the usual climatic culprits are at play; the presence of an ongoing La Niña, warmer-than-average sea surface temperatures in the Atlantic Ocean and Caribbean Sea, weaker tropical Atlantic trade winds, and an enhanced west African monsoon, all make for a tempestuous period from June to November.

With each year, the models used to predict long-range forecasts and storm tracking models grow increasingly accurate. By way of example, the final tally for the 2021 Atlantic hurricane season was 21 named storms (13 –20 predicted), seven hurricanes (6 – 10 predicted), four of which were major hurricanes (3 –5 predicted).

Accurate cumulative data is the key to making these critical models ever more robust and reliable but growing access to validated data walks hand in hand with the ocean research community’s ability to deploy an ever-smarter ecosystem of software programs and uncrewed technologies engineered to gather, store, and process critical environmental variables. In addition to the ongoing upgrades to the Global Forecast System (GFS) and probabilistic storm surge model (P-Surge), NOAA’s expanding fleet of ALAMO floats, hurricane gliders, drifters, and aerial drones render huge swathes of year-round data to make the business of mitigating against the potential threats of extreme weather events that much more productive.

And there are certain surface technologies now capable of taking us beyond the data and live into the eye of the storm. Last year, Saildrone Inc. and NOAA released the first video footage gathered by a USV from inside a major hurricane barreling across the Atlantic Ocean.

And the role of uncrewed technology doesn’t stop there. Increasingly, coastal hydrographers are deploying remotely operable assets, equipped with multibeam sonars and other critical sensors, to assess the cumulative post-event impacts of extreme weather patterns on shorelines and their native ecosystems.

At M&E we use a range of compact ASV/USVs, such as the SeaRobotics SR-Surveyor M1.8, to conduct marine survey campaigns for both public and private entities that need to track the constant shift in hydrographic and topographic variables up and down any given coastline all year-round. Understanding a storm’s impact through wading profiles with hardbottom mapping, onshore/offshore beach profiling pre- and post-event, multibeam surveys of artificial reef structures, and the inspection of dune conditions ultimately helps authorities assess the unfolding need for any restorative action, such as beach renourishment.

The growing acceptance of uncrewed vehicle technology is a win-win for the marine survey industry and the clients we serve. Not only are operators able to minimalize the need for topside support—and the associated operational overheads and vessel set-up time—but thanks to advances in sensor accuracy we can now eliminate the margin of human error (and stresses) associated with the manual deployment of instrumentation.

Further efficiency gains are available thanks to the speed by which data can be processed and analyzed using a ASV/USV, with real-time interpretation from a shore-based command or small workboat. When attempting to measure the impacts of a specific weather system on a physical coastline—a marine environment that is naturally in flux—rapid and reliable findings are essential to inform data-led decision making.

Learn more about M&E’s use of ASV/USV technology for autonomous remote costal surveys.